Over the last few months 44 Ardent has given us a few invigorating singles – 95overflow, nomoreheat, intothedeep – while also making promise of his debut ep coming our way soon.

He is making good on that promise this week with a very generous seven-track collection of chilled/atmospheric lo-fi house music titled “intothedeep”. As he reveals below the ep was inspired by his own overwhelming feelings on climate change and habitat loss, with an overall objective of creating music that makes people feel something.

“I initially wrote this EP in response to my feelings about climate change and habitat loss. I was feeling a little bit overwhelmed and channelled my energy into writing. As I kept writing, as usually tends to happen, the songs end up taking on lives of their own. There are seven songs now when there were only supposed to be four, and they cover a mixture of emotions and genres.

Making music that makes me (and hopefully others) feel something is always the main priority. Although I had a theme in the back of my mind while I was working, I tried not to be too confined to any one idea.

This EP was intended to take the listener on a journey. It’s hard to pin down genre-wise. There are lots of styles and moods mixed in. It’s definitely electronic music at its core though, and I like that there is so much variety. As an artist I don’t necessarily feel that I have to fall into a particular box. Ultimately, I’m going to make songs that I resonate with. I think if you do that, then others will resonate with it too. I hope you enjoy them!” – 44 Ardent 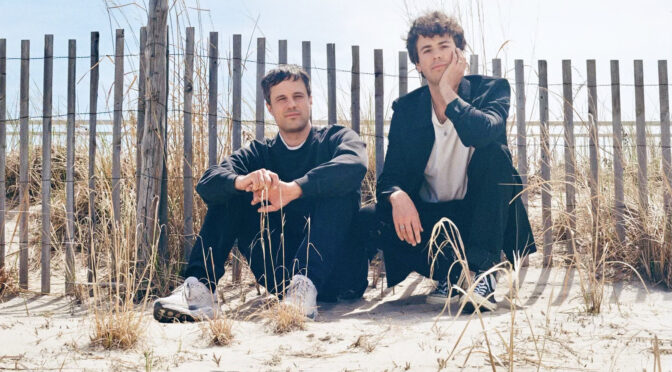 The 8-track EP, which includes a mix of previously released singles and a few brand new tracks, is an indie-pop paradise ablaze with catchy pop hooks, ambitious production and confessional lyricism. Made up of vignettes from the pair’s shared history as brothers and collaborators, the songsexplores themes of love, choices, friendship, heartbreak, hope, memories and dreams.

The duo elaborate on the creation of the EP: “When we were writing and producing these songs we found ourselves returning to a central theme: that powerful feeling that some things in our lives are meant to be, and how that feeling impacts the choices we make that shape our lives.”

The Night Sky serves as the follow up to Eighty Ninety’s highly successful debut EP, Elizabeth, and their subsequent string of singles, which cemented the New York-based duo as ones to watch in the indie-pop space. Their songs fuse intimate storytelling, sticky melodies, and minimalist pop productions built on acoustic instruments and electronic sounds in a style they call “808s and telecasters” — a shorthand for both their music and their anything-goes mentality in the studio. To date, they’ve racked up over 30 million streams and have received glowing reviews from tastemakers like Billboard, Alternative Press and Ones To Watch. Along the way, the duo have even earned a co-sign from Taylor Swift who added their single “Your Favorite Song” to her official Spotify playlist Songs Taylor Loves. — the indie-pop project of NYC-based brothers Abner (vocals, production) and Harper (guitar, production) James — return with their new EP, ‘The Night Sky.’

Unsigned Music Blog promotes and showcases unsigned music. Its purpose is to seek out early stage talent and provide readers with an insight into the music. UMB prides themselves on being at the forefront of music discovery, showcasing artists every week, along with a story and a sample of music.

Unsigned Music Blog showcases unsigned music. Its purpose is to seek out early stage talent. UMB prides themselves on being at the forefront of music discovery.

Check out our playlist